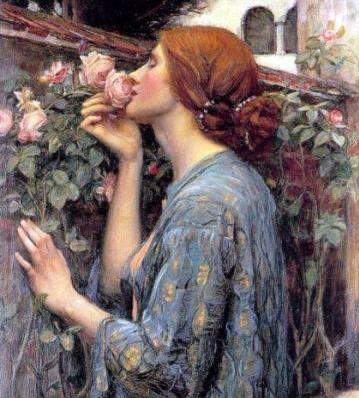 Rose flower and rose flower oil might have a wonderful fragrance, but can aggravate the skin.

Skincare is meant to care for your skin with carefully selected ingredients that will create a pleasant and beneficial concoction to go on your skin. An aspect of a product’s pleasantness is of course its smell as nobody likes to put or leave on foul-smelling skincare products. Fragrant ingredients can both be used to cover over malodorous compounds – or more typical, to make a skincare product smell in a certain attractive way. For skincare directed at women there is a tendency to make more neutral-smelling skincare for the face while body care products are often more heavily scented. Men’s skincare products typically have a stronger fragrance, whether for the face or body.

The Problem of Fragrance in Skincare

While the scent of a product might seem nice, it is a problem that many skincare manufacturers care more about achieving a certain scent (often as cheaply as positive) rather than the disadvantages of the fragrance included. Many fragrant ingredients can be sensitizing or cause perfume allergy which is regrettably irreversible and the ensuing itchy red patches are anything but flattering (just try to google some images…). The aromas used in skincare can both be synthetic and natural (essential oils, plant extracts etc.), but in terms of sensitizing or allergy-causing potential, the origin of a fragrance is irrelevant; its biochemical properties and the effect on your skin will be the same.

People who do get perfume allergy might only be allergic to one or a few fragrant ingredients and it is thus very useful to be able to identify exactly which aromatic ingredients a skincare product include. Until 2005, manufacturers could simply write “fragrance” or “perfume” on the ingredient list of their scented products rather than stating explicitly which fragrant compounds were included. This changed somewhat when the European Union (EU) made a directive declaring that 26 of the most allergy-promoting substances have to be stated independently on the ingredient label on skincare products etc. sold in the EU. While it might seem irrelevant to consumers outside the EU, this directive means that you can always find the “complete” ingredient list of a skincare product if it is either produced in the EU or produced elsewhere, but also sold in the EU. Since France is not only a member of the EU, but also one of the top-3 producers of skincare, due to the giant L’Oreal group, this means that quite a lot of the world’s beauty products stem from the EU and thus have to adhere to the rules. Japan and USA are the other two big manufacturers of skincare products and while smaller brands might not be sold in the EU, the big ones like Clinique, Estee Lauder, DHC and Shiseido are – and thus have to label the 26 fragrant ingredients accordingly.

Anise alcohol can be found naturally in anise (Pimpinella anisum)

Benzyl alcohol: Can be found in various fruits, teas and essential oils such as jasmine and ylang-ylang, but also produced synthetically.

Benzyl benzoate: Occurs in various flowers like tuberose and hyacinth as well as in natural fragrant substances Balsam of Peru (from Myroxylon tree) and the similar Balsam of Tolu. Also produced synthetically.

Cinnamal: Naturally occurring in the bark of cinnamon trees, but can also be produced synthetically.

Citronellol: Can derived naturally from plants like rose, geranium and lemongrass.

Extract of Evernia Prunasti is not only a pleasant-smelling fragrance , but also highly sensitizing.

Coumarin: Naturally occurring in many plants such as sweet-clover, sweet grass, meadowsweet etc., but can also be produced synthetically.

d-Limonene: Naturally occurring in the rind of various citrus fruits.

Farnesol: Present in multiple essential oils such as neroli, cyclamen, lemongrass, tuberose and musk, but can also be produced synthetically.

Geraniol: Present in multiple essential oils such as citronella, geranium, rose and palmaros, but can also be produced synthetically.

Isoeugenol: Occurs in essential oils such ylang-ylang; can also be synthesized from eugenol.

Hexyl cinnamal: Occurs in essential oil of chamomile, but is otherwise produced synthetically.

Linalool: Present in more than 200 species of plants, including mint, laurel and rosewood.